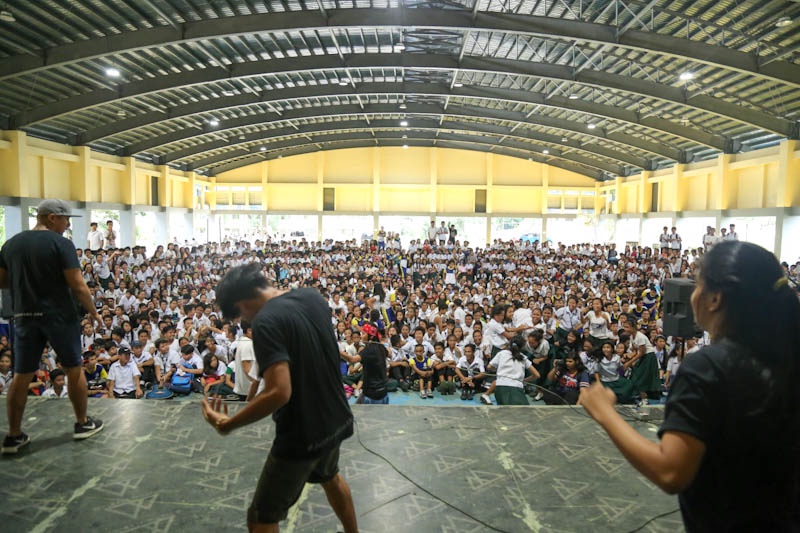 In one of the largest public schools in Metro Manila, our team began talking with a principle about the problems of her school. We learned that there were many broken families, suicidal kids, mothers in prostitution, common abusive situations at home, and more. We shared with the principle our YWAM Character and Value Formation Program.

We also saw that she just returned from the hospital. She had been dealing with a chronic disease. Having compassion for her pain, we began laying hands on her praying for Jesus to heal her. The presence of God fell upon her, and she began weeping. When she opened her eyes you can see an immediate change. She said she began feeling better and she was blessed by our prayer. She asked us if we can do our program with the entire school. She had 7,000 students.

The public school didn’t have an open space large enough for 7,000 students all at once, so the principal suggested we do our program with a 1,000+ students every hour. By 5pm nearly the whole school and staff gave their lives to Jesus Christ. This type of unbelievable fruit happened in nearly every public school we went to. Within 9 months more than 100,000 students gave their lives to Jesus.